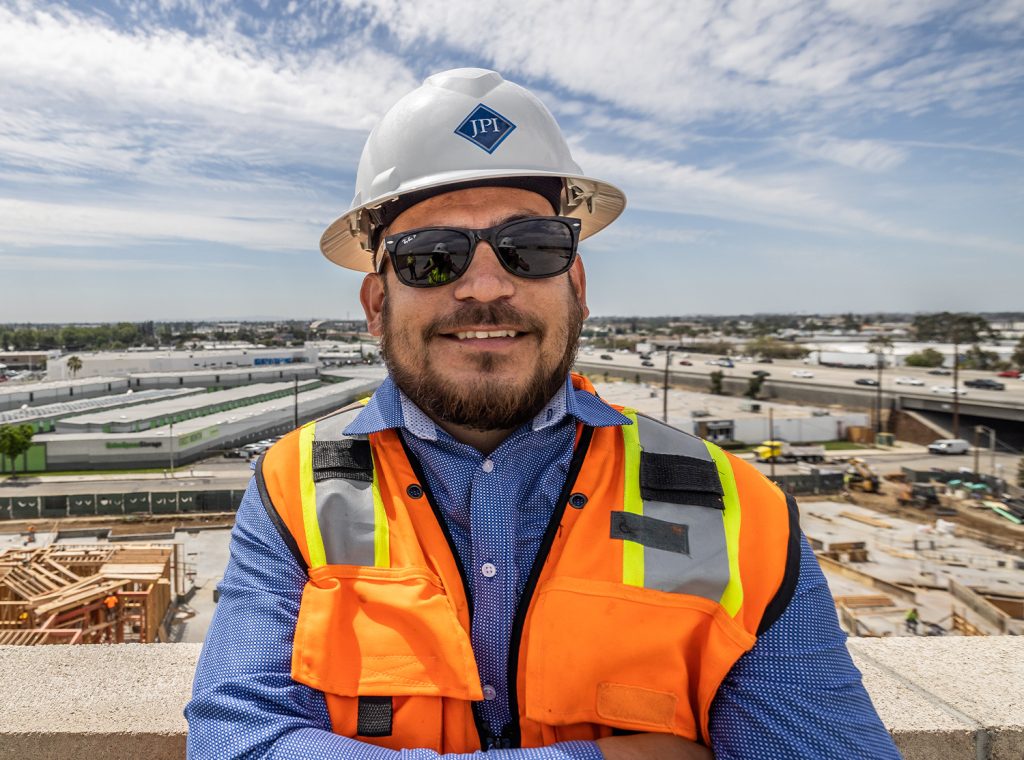 For Jesse, the biggest difference doing construction work in a managerial role, rather than as a subcontractor, is in the responsibility he feels toward his projects: “being a Superintendent is in the verifying, the scheduling, and the management – that’s a large difference compared to just showing up and doing the work.”

As Superintendent II, Jesse is part of a massive project management team that oversees the entire construction site and process. His day-to-day work consists mainly of preparation: preparing schedules, preparing the job site for subcontractors, and even preparing for the next projects to come. But preparation is little without maintenance and execution – so how does the project management team juggle so many moving parts?

“The way we play it now,” said Jesse, “it’s a very collaborative approach. We gather often and walk the job sites together – asking for each other’s opinions and reaching out to one another for help when we need it.”

JPI’s construction teams are tasked with uniquely exciting, yet challenging responsibility: building something spectacular from the ground up. But leaders like Jesse inspire the creation of community in more ways than one – not only are construction teams building communities through physical residences, but also through their relationships with one another.

“The difference in working on-site is that you can really see people for who they are; there’s a sense of friendship,” Jesse said. “Seeing these personalities come together and work together, you really come to appreciate what you’re doing.”

Q: If you could instantly become an expert in something, what would it be?

Q: What random topic are you an expert in?

A: Gardening! I love working in my garden; I’m currently growing some herbs and tomatoes.

Q: What piece of advice would you share with your younger self?

A: I would say, “even though you don’t care about finances, they are very important!” Preparation is everything, and I would make myself start preparing sooner.